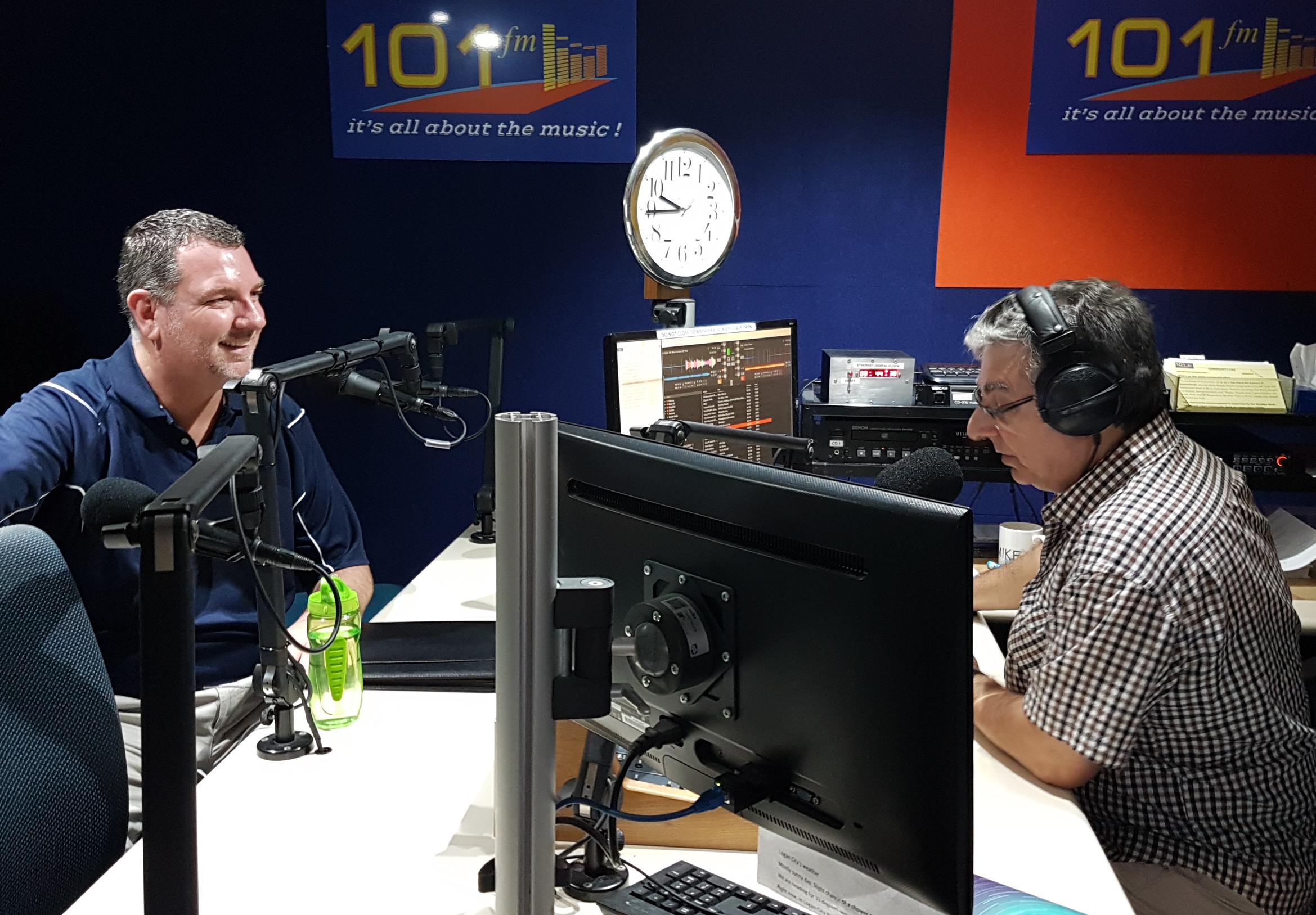 Earlier this week, I was honoured to be invited to talk on 101FM’s “Morning Show with Mike Burnett”, about Mens Wellbeing and the great work the organisation does to help support men in need.

I’ve never been on the radio before. I admit, I was definitely out of my comfort zone. I can even hear the nervousness in my voice, but at least it’s real.

And after all, it’s not about me – it’s about the men and women who may have been listening and possibly in need of some help.

Mike was great – so supportive of our work in the community. Not only did he make me feel welcome but he really helped ‘champion our cause’ and he gave Mens Wellbeing a glowing plug on air.

Being invited onto Mike’s Radio Show was perfect timing, as we’re running a Common Ground course, commencing in a few weeks’ time for men in the Beenleigh area (Brisbane south side).

One of my objectives is to increase our exposure and help make Mens Wellbeing more mainstream, more well known as a possible resource for men in need.

As more men and their families, become aware of Mens Wellbeing and the work we do, more men will have access to the support we provide and the benefits of the Mens Wellbeing community.

I believe if we can help men to help themselves, to become … even better men, better partners or husbands and even better Dad’s for their kids, then the influence of this positive impact … will ripple out and benefit the whole community.

With love and respect …

A BIG thank you to Mike Burnett, his ‘Morning Show with Mike Burnett’ and 101FM Radio for their kind and generous support of Mens Wellbeing Association.

It’s genuine people like Mike, who see the positive impact of what we do and help increase the awareness of Mens Wellbeing to those in need – who really do ‘make a difference’!

Your continued and generous support is greatly appreciated.

Thank you Mike and thank you 101FM.